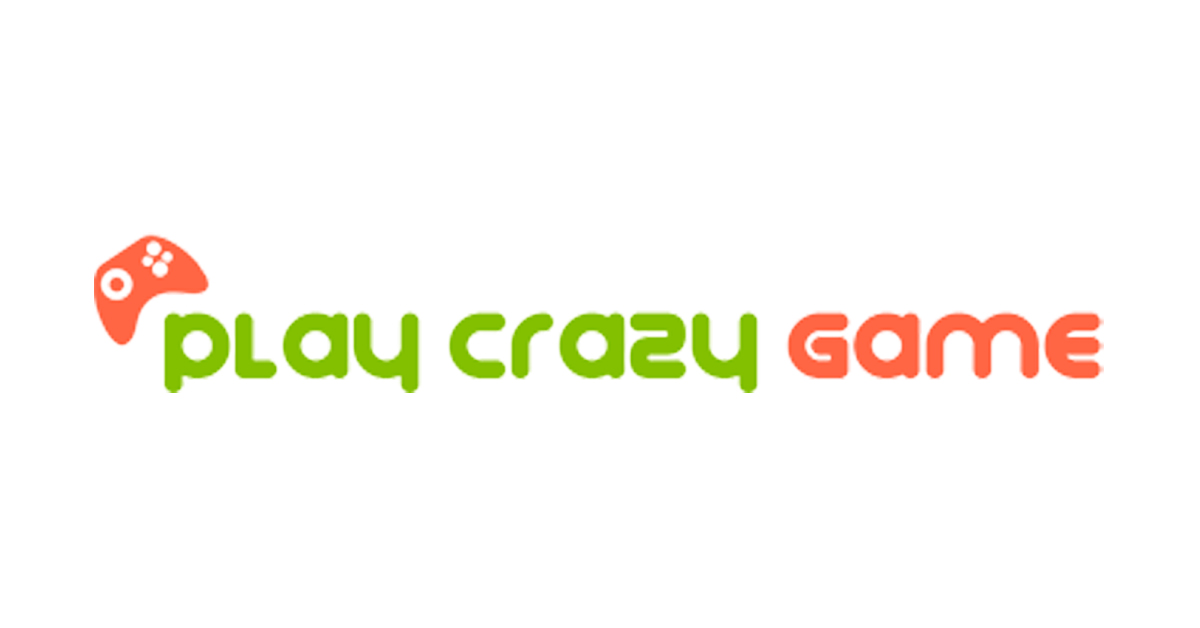 In response to Russia’s invasion of Ukraine, the West responded with devastating sanctions and a swift condemnation and isolation of Russia, as well as sending weapons and other support to Ukraine. But one option the Biden administration has definitely taken off the table: imposing a no-fly zone over Ukraine.

Experts told Defense News that a no-fly zone would present several challenges — including concerns that it could spark a larger conflict between Russia and NATO.

“As much as we’d love to say that no-fly zones are super easy and it’s a clean way of doing business, that’s just not the case,” said Heather Penney, former F-16 pilot and Senior Resident Fellow at the Mitchell Institute. for Aerospace Studies, in an interview. As Russian forces advanced into major Ukrainian cities, calls to enforce a no-fly zone mounted. In a tweet Tuesday morning, Ukrainian President Volodymyr Zelensky said he “stressed the need to close the sky” in Ukraine in a telephone conversation with German Chancellor Olaf Scholz.

Had a phone conversation with Chancellor @OlafScholz. Spoke about Russia’s shelling of residential neighborhoods in Ukrainian cities during peace talks. Emphasized the need to close the sky over 🇺🇦. The work on Ukraine’s accession to the #EU needs to be accelerated.

At a news conference, White House Press Secretary Jen Psaki said “this is not a good idea,” adding that President Joe Biden does not want to risk bringing the US military into conflict with Russia. “What that would require is implementation by the US military,” Psaki said. “That would essentially mean that the US military would be shooting down planes, Russian planes. This is definitely an escalation.”

The U.S. is not setting up a no-fly zone in Ukraine. pic.twitter.com/aRlylXJboF

For a no-fly zone to be credible, Penney said, the US or NATO would have to shoot down any Russian aircraft or air defense that violated it — or the Russians would have to believe the US would open fire to avoid Ukrainian airspace. If the US or NATO declares a no-fly zone and does not enforce it, it will become a “paper tiger”, that is, something that appears threatening but is weak.

“We are not part of this conflict. NATO is not seeking a war with Russia.” NATO Sec Gen, Jens Stoltenberg #Ukraine pic.twitter.com/rRMCGU98MI

“Do we want our credibility tested in this way?” said Rachel Rizzo, non-resident senior fellow at the Atlantic Council European Center.

Penney said that the US opening fire on Russian forces would tear down the delicate network of international support for Ukraine that the government and Europe had created.

In his latest video address, Ukraine president Volodymyr Zelensky blasts NATO for its refusal to impose a no-fly zone over Ukraine, says it’s a sign of weakness. Says the only assistance Ukraine received so far through NATO procurement system is 50 tons of diesel pic.twitter.com/dxWuXnA53K

“To have credibility, we would have to be willing to take the first shot,” Penney said. “Starting this kinetic war with Russia is something the government has been very careful to avoid. All the elements of escalation were initiated by Russia, and this has been instrumental in much of the international support for Ukraine.” John Venable, a defense policy expert at the Heritage Foundation and a former F-16 pilot, agreed. “A no-fly zone would be a declaration of war in the mind of the [presidente russo Vladimir] Putin,” he said.

President Vladimir Putin said that Western sanctions on Russia were akin to a declaration of war and warned that any attempt to impose a no-fly zone in Ukraine would lead to catastrophic consequences for the world https://t.co/P39jNcCVFh pic.twitter.com/pIWHO310ya

Penney said the debate over a no-fly zone is what happens when neither side in a conflict achieves air superiority in a conflict or exhibits “reliable combat air power” – although she said she fears Russia will do exactly that. this in the next few days.

Ukraine lacked the necessary fighter jets and air defenses to drive Russian planes out of its airspace, she said. And Russia, for whatever reason, did not commit the air forces it would need to definitively gain air superiority in the early days of the conflict.

So, what is a no-fly zone and why has NATO said it won’t implement it? ⤵️ pic.twitter.com/PtSmXk48Ku

“What we expected is not how things turned out,” Penney said.

That will likely change as Russia changes course and commits more forces to the invasion, Penney said.

“The Ukrainian air force has made a valiant effort to defend its airspace and its territory,” she said. “But they weren’t successful because they didn’t have the capabilities or the quality, both from a fighter perspective and from an air defense perspective. [como mísseis terra-ar]. And Ukraine has praised and mythologized its fighter pilots as heroes and emblems of national resistance, rallying around morale-boosting aerial victories over Russian aircraft.

But if Ukraine had definitely retained control of its skies, Penney said, its air force could have done much more to destroy Russian forces en masse. A potential target could have been the 40-mile-long Russian military convoy seen outside Kiev in satellite imagery, she said, similar to the so-called “Highway of Death” attack on hundreds of Iraqi army vehicles that retreated on Highway 80 in March. six lanes, from Kuwait to Basra in 1991.

We have produced a #3D video fly-through of the 40-mile long convoy that is outside of #Kyiv, #Ukraine from the WorldView-3 #satelliteimagery that was collected on Monday, February 28, 2022, providing a better understanding of the situation. https://t.co/iTbaAwB1Rc

Highways can allow military personnel to quickly and efficiently move large amounts of their vehicles and heavy equipment without running the risk of getting bogged down in mud or other unforgiving terrain. But they can also constrain forces and make them an easy target, Penney said — if the enemy has control of the skies.

A “Difference of Night and Day”

After the Gulf War, the US and allies created no-fly zones over northern and southern Iraq, dubbed operations Northern Watch and Southern Watch.

Operating from Incirlik Air Base Turkey to the north, and bases in Saudi Arabia, Kuwait and Bahrain to the south, US aircraft, alongside British and French allies, performed air reconnaissance, air command and control using the E-3. Airborne Warning and Control System, or AWACS, aircraft and attacks against Iraqi air defenses. But maintaining these no-fly zones until the outbreak of the Iraq War in 2003 was a considerable effort.

And a no-fly zone over Ukraine would be a “day and night difference” from Iraq, Venable said.

Dave Deptula, a retired Air Force lieutenant general who commanded Operation Northern Watch in 1998 and 1999, said that each Iraqi no-fly zone typically had about 50 American and Allied aircraft on hand to patrol a few hours a day. Flying non-stop would have taken much longer, he said. Round-the-clock air patrols over Ukraine — a nation that covers more than twice the area of ​​Iraqi no-fly zones — would easily need hundreds of fighter jets, said Deptula, now dean of the Mitchell Institute for Aerospace Studies.

“This isn’t just something where you push a button and, OK, let’s put in a no-fly zone,” Deptula said. “Requires extensive preparation and definition [da missão e objetivos] to be effective.”

It would also mean thousands of airmen at various bases to supply, arm and maintain these fighters – not to mention significant aerial refueling infrastructure to keep them in the air and ISR aircraft such as the AWACS.

✈️ In the wake of Russia’s attack on Ukraine, this week we sent NATO’s eye in the sky airborne to monitor the situation at the eastern borders of NATO’s Alliance. #WeAreNATO #WeAreAWACS @NATO #StrongerTogether #SecuringTheSkies pic.twitter.com/XMTCgADNaC

The Iraqi no-fly zone came after that country’s air force, defenses and command and control were all but wiped out – a situation that does not exist in Ukraine. A no-fly zone would require significant suppression of enemy air defense, or SEAD, effort to eliminate Russian defenses such as the highly capable S-400 surface-to-air missile system, likely with F-22 Raptors and F-35 Lightnings II . But the US or NATO would likely lose aircraft on such a mission, Venable said — and trying to rescue downed pilots in such a volatile region would test the limits of the military’s combat search and rescue capability.

Penney said the US needs to take a close look at Russia’s difficulties in the skies over Ukraine and draw lessons on how to establish and the importance of air superiority. For the past two decades, the US has maintained “de facto air domain” wherever it has operated, she said. That won’t be the case in the future if war breaks out with China – or Russia.

“We really took [a superioridade aérea] taken for granted,” Penney said. “Our Air Force is the oldest and smallest that ever existed, and we may find ourselves in similar situations. [como a Rússia]because we may also lack capacity and capacity”.

Stephen Losey is the aerial warfare reporter for Defense News. He previously reported for Military.com, covering the Pentagon, special operations and air warfare. Prior to that, he covered US Air Force leadership, personnel, and operations for the Air Force Times.